There are two easy steps to prepare the certification authority for a System State Backup.

Windows Server Backup is not enabled by default on Windows Server 2012. The feature needs to be installed before taking or scheduling a System State Backup.

1. Log on to the certification authority and select Manage in Server Manager

4. Select Role-based or feature-based installation and then click Next

7. Select Windows Server Backup in Select features screen and then click Next

Windows Server Backup allows administrators to back-up the system to a non-critical volume only, setting a registry key as described in KB944530 provides a workaround to this limitation, but it is not recommended to run in production because it might cause a critical volume to fill up quickly. In general, make sure you have a volume, or disk or network share designated to a certification authority’s backup other than your c: drive.

1.   Log on the certification authority and select Tools in Server Manager

10. Choose the backup run time frequency in Specify Backup Time and then click Next

11. Select the backup destination in Specify Destination and then click Next

Note: The rest of this document assumes having a dedicated volume to back-up the certification authority to. The wording might be slightly different is you chose a network share for your backup location.

12. Click Add in Select Destination, select the dedicated volume and then select OK

14. Review the scheduled backup settings in the Confirmation screen and then click Finish

Windows Server Backup can be configured using the command line. The command line tool Wbadmin has many verbs that can identify backups, volumes, disks, create jobs and many more. The disk identifier has to be known before scheduling any backup job.

The disk identifier is retrieved by running Wbadmin get disks 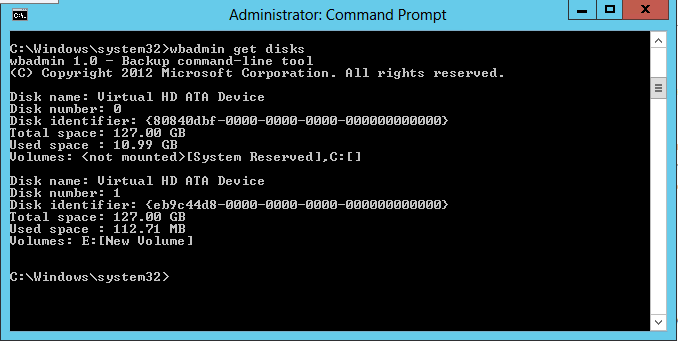 The next step is creating a scheduled task to take a System State Backup to the volume specified. This is also achieved using the Wbadmin command line tool with the enable backup verb. For example, run the following command to set up a backup job to run daily at 10:00 PM and include System State Backup 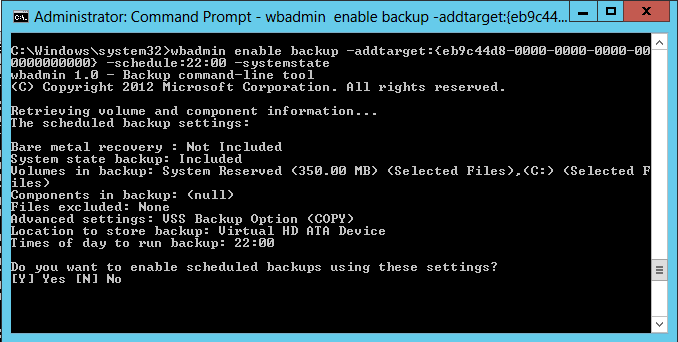 Setting a schedule System State Backup might seem intimidating at first. The tasks involve creating a backup policy, a backup directory, a schedule, and then trying all of that to the policy. Let us go through them one at a time

This command creates a WBBackupTarget object that uses a volume with drive letter E: as the backup storage location. You can add multiple volumes for storage to the WBPolicy object that contains the backup policy.

This is the last command, where it sets the backup schedule based on the $Policy variable

The general steps to restore the certification authority are the preliminary steps required before attempting any other restore activity. These steps are:

2. Join the server to the same domain or workgroup

5. In Getting Started window Select This Server ( local Servername) and then select Next 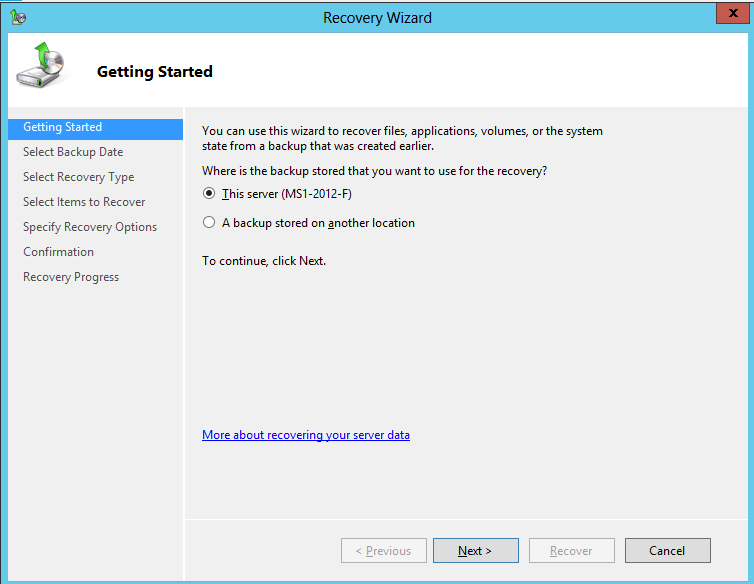 5. In Select Backup Date window , choose the backup to restore from and then click Next 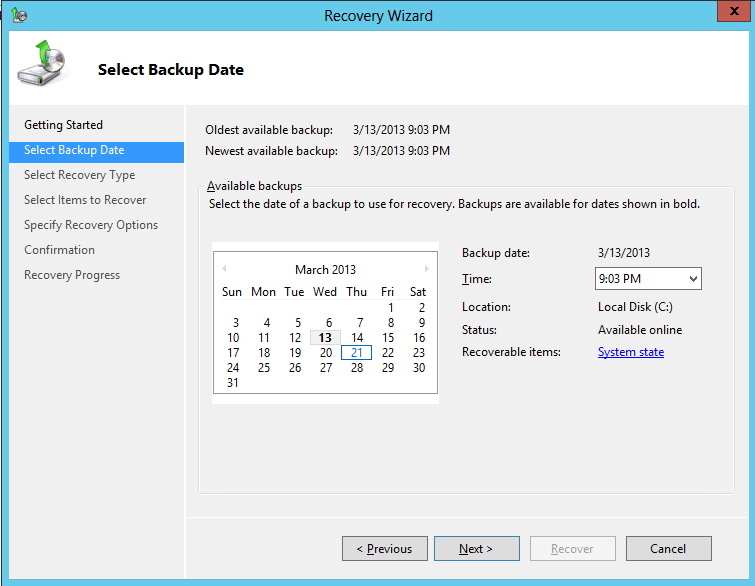 6. In Select Recovery Type window, select System State and then then click Next 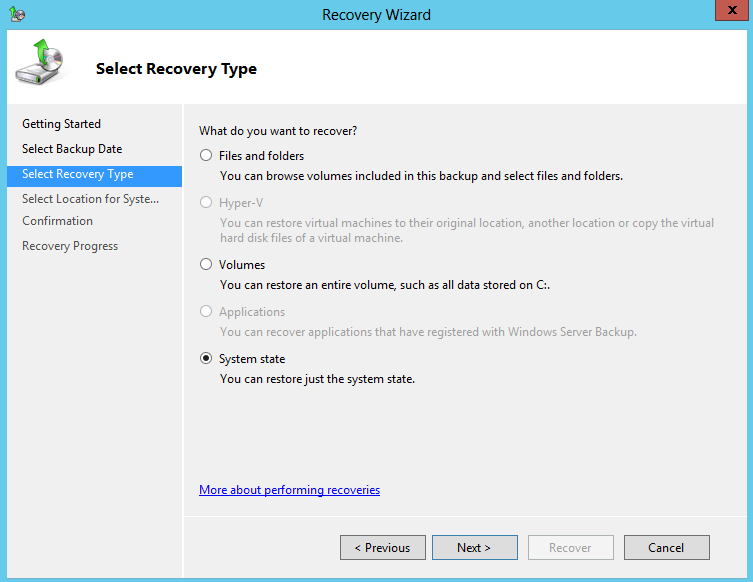 7. In Select Location for System State Recovery window, select Original Location and then click Next 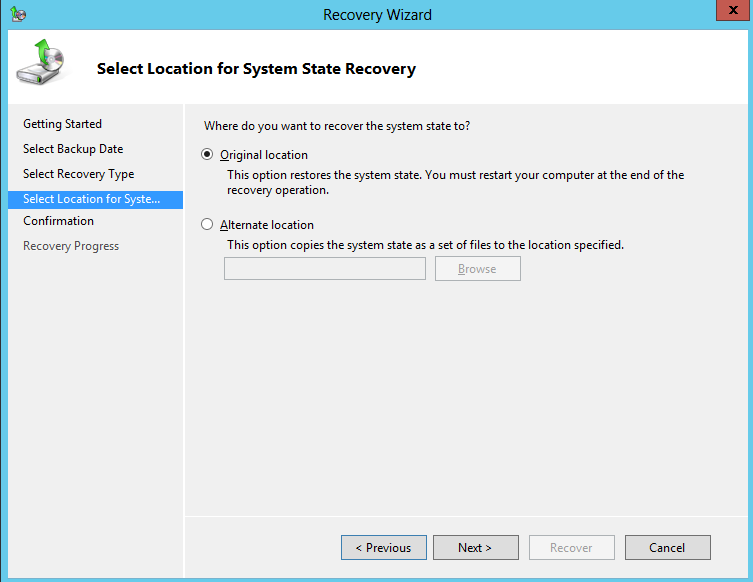 8. Review your selections in the Confirmation window, make sure Automatically reboot the server to complete the recovery process is selected and then click Recover 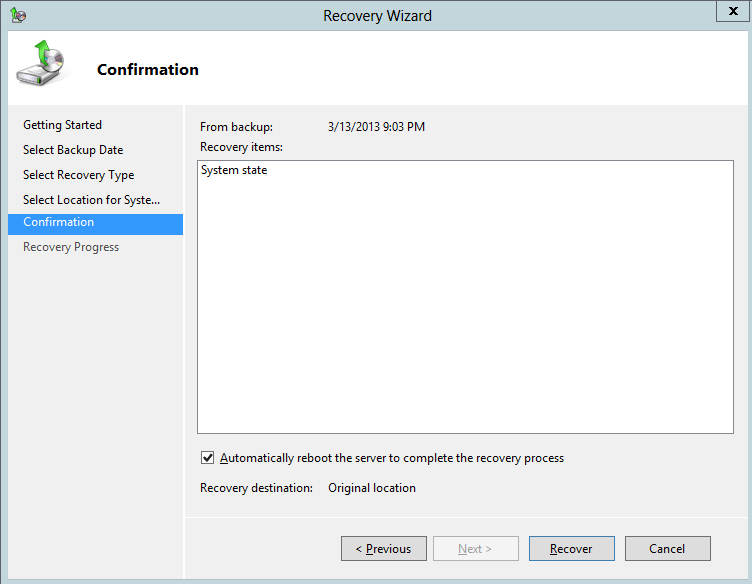 9. Click Yes in the screen warning you about the ability to cancel, or pause System State backup once the recovery operation is started

10. At this point, System State recovery will restore the certification authority, and automatically reboot the server 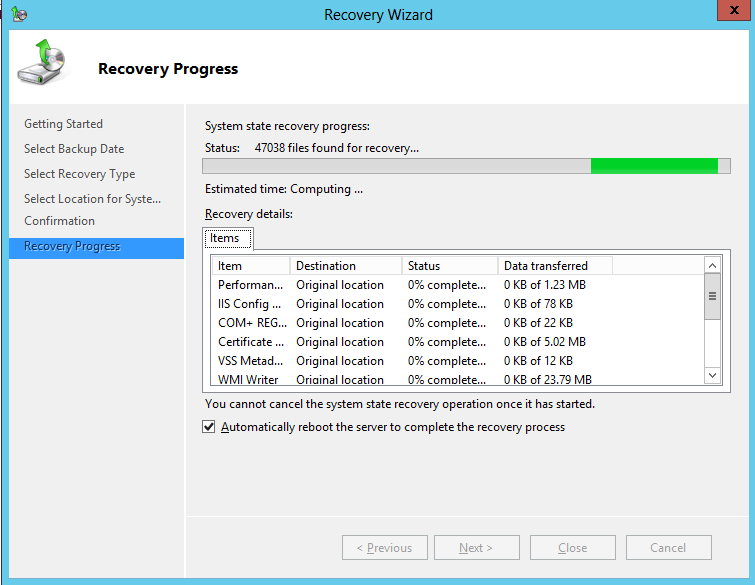 11. Press Enter to continue after you log on the server after it reboots to confirm System State recovery 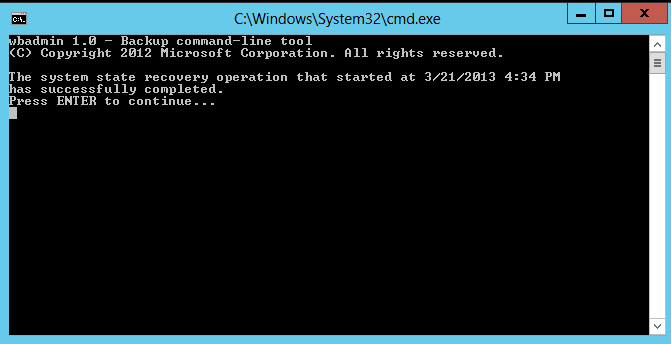 2. List the backup history by running wbadmin get versions and note the version identifier of the latest backup. The backup’s Can recover value should clearly indicate System State is included in the backup. 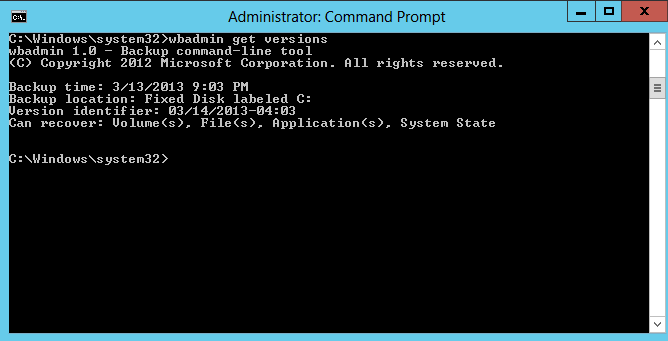 4. Type Y and the then hit Enter to start System State recovery 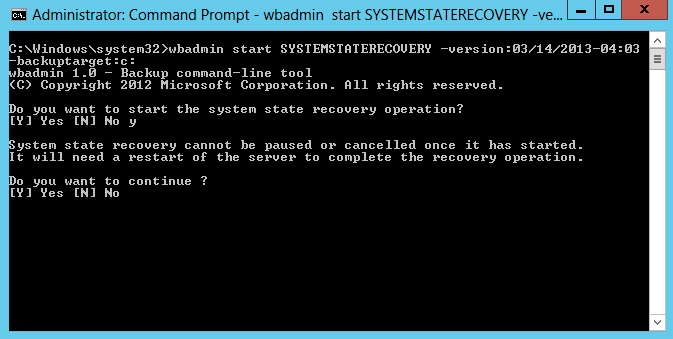 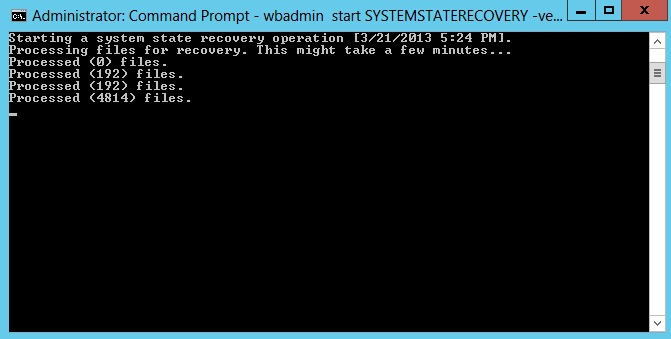 6. Type Y and then hit Enter to restart the system to complete the System State restore 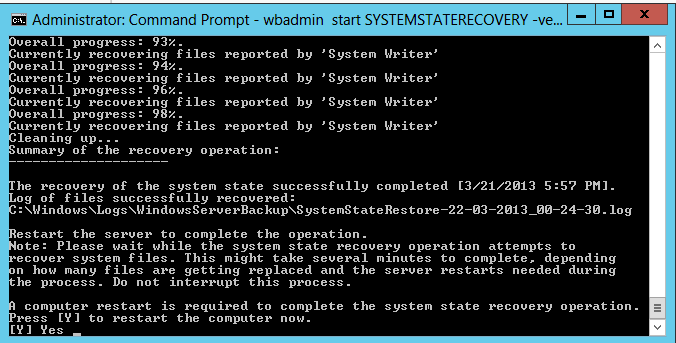 1. Start PowerShell as an Administrator

3. Start the system state recovery from the backup set in $Backup .

4. Type Y when prompted to restore System State to the original location 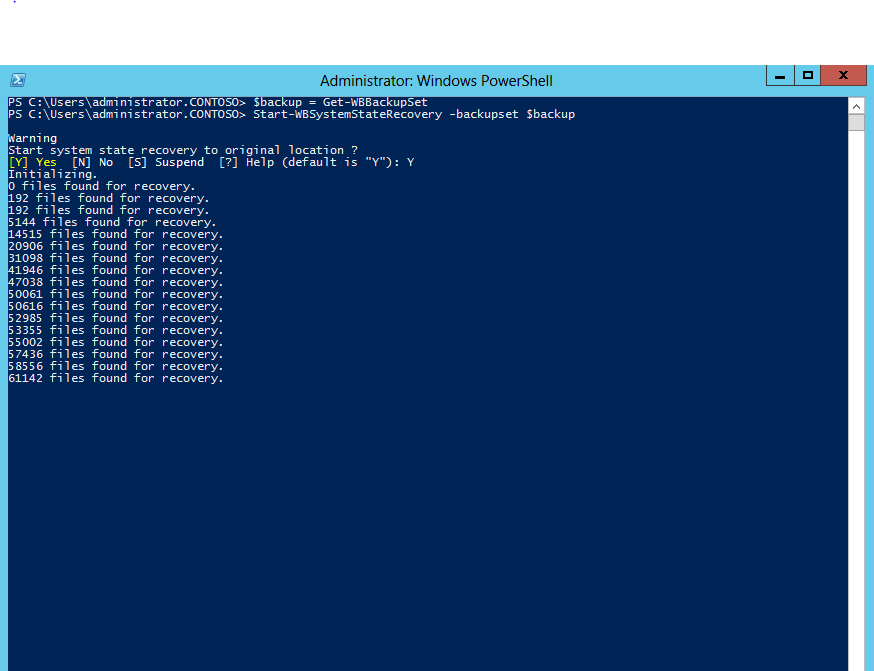