“, we covered the complete synchronization process as it relates to new objects.In ”


“, we stepped through the sync process for modifying a preexisting user object. In ”

“, we discussed joins. In the fourth (and final) installment in this series, I’d like to talk about the difference between

When discussing new and existing user sync, it was mentioned that there are actually

types of imports and

types of synchronizations. Let us now dig deeper into the distinctions, there.

, everything in the connected data source is brought into the

. The key point to remember about a

is that, regardless of total number of objects or objects with changes,

will be refreshed. In the below illustration, of the eight represented user objects, only one has changed (indicated in red). During the

, all eight are (again) recreated in the

This contrasts with a

in that, unlike a

, a delta brings in

changes. While there may be eight total objects in the connected data source, only two have changes (indicated in red). With a

, only those two changed users will be refreshed in the

This same logic carries over to synchronizations as well. Here we see a representation of a

. Even though only one of eight objects has changed in the

eight objects in the 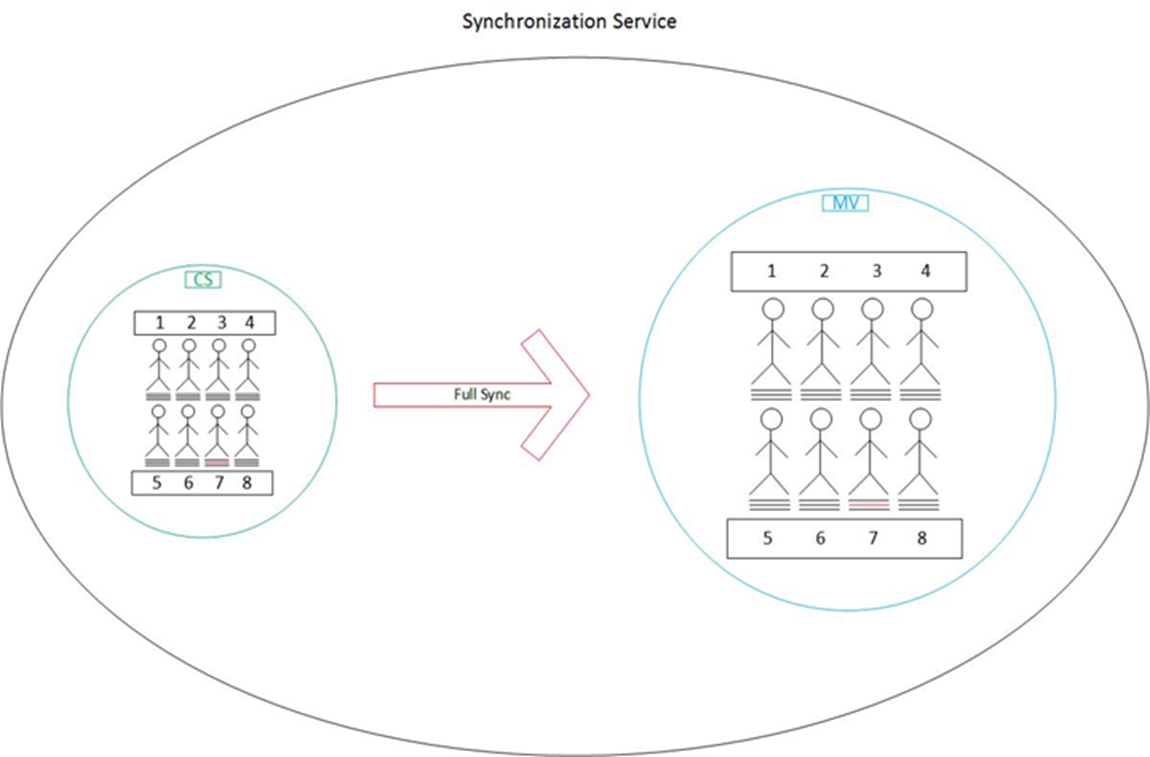 will only cause the six synchronization steps to be performed on the users who have actually experienced a change. In the below illustration, we see that, of the eight

objects, only two have had a change (as indicated in red). As such, only those two objects are synchronized into the 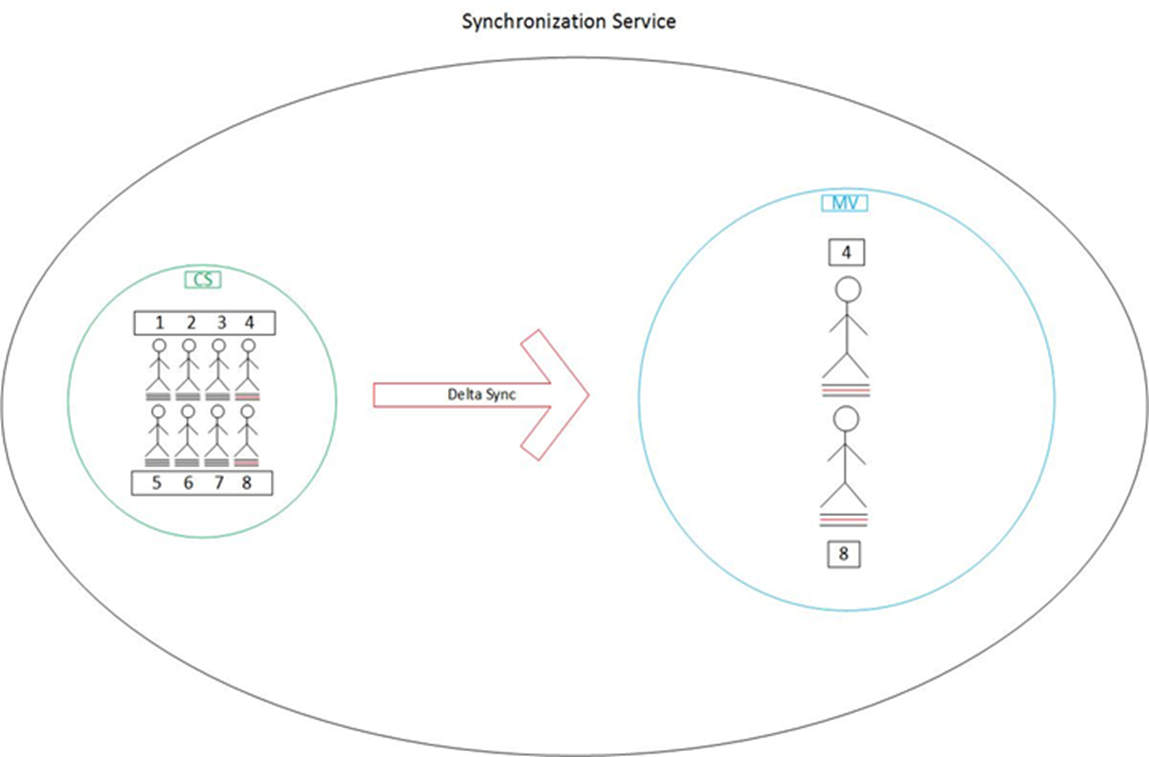