Basic Projection into the Metaverse

we discussed how to enable and configure basic Projection into the Metaverse.

This post will focus on 2 types of Rules Extensions to be used for Projecting objects in the Metaverse. 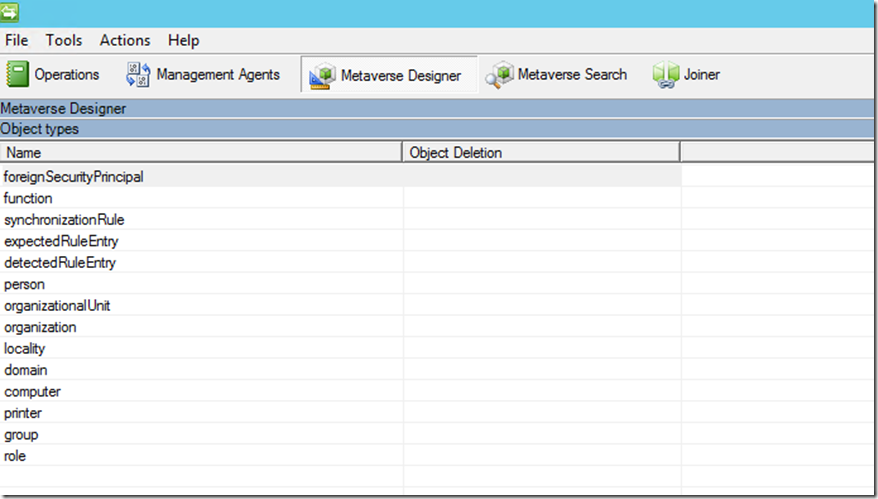 Now lets look at the extensions that can be used to determine if an object should be projected.

This type of Projection rules is usually focused on 1 single MA and a single object type, with other MA’s and Object Types using a different extension to determine if an object is to be projected or the MA uses the basic declared projection set on the MA.

So lets look at what some code might look like to be used for this type of extension.

Now lets take a look at what more a more complex extension might look like, I made the the Projection for ADMA1 and ADMA2 a basic “ShouldProject = true” and for the 3rd MA “ADMA3” I added the more advanced logic which in this example is still not that advanced but should be able to give you an idea of how to build the code. Remember all path’s must return a value of either “true” or “false”. In this example I show how to use a switch statement for the MA that is running as well as the object type that is being processed. what the below code is doing during a sync is it looks to see which MA is running by looking at the MA.Name in the switch statement and when a particular MA is running for example the Fabrikam SPMA which is defined for the variable of “ADMA3”  and matches the case statement, the next switch statement is hit where it determines what the object type that is being synced is and if the object type matches that case than the code for that case is processed.

Used to determine if an object should be projected from a single or multiple MA’s but for a single MVObject Type and using the same code.