In Making Log Analytics Queries More Efficient – Part 1 I started discussing about one of the most common scenario with customer’s created queries: query performance also referred as query speed or query efficiency. in the same post, I quickly introduced/covered concepts such as:

Today I would like to go more in depth spreading the word from , Principal Program Manager in the Azure Monitor, about query performance DOs and DONTs.

First and foremost, let me re-emphasize the importance of early filtering out your record by time. This will make your queries faster every time and in any case. As an additional note I would like to underline that with small datasets you might not see such a big performance improvements. Running poor written queries on datasets with more than 100M records is where you hit performance issues.

Second, I would like to focus your attention on a built-in feature about query performance awareness: the Query performance pane. This feature is embedded in the Log Analytics portal and it is giving you the statistics for any single query you run from there. You can access it directly from the query result pane by clicking the down arrow:

This expands the corresponding panel containing lots of very useful and important info such as below:

With all the above said, for faster results, if you’re testing for the presence of a symbol or alphanumeric word that is bound by non-alphanumeric characters, or the start or end of a field, DO use has, has_any or in. has and has_any work faster than contains, startswith, or endswith and can give you much more performance improvements.

If you really need to perform case-insensitive comparisons, DONT use tolower(Col) == “lowercasestring“. DO use the =~ Kusto operator in this case.

The 2 images below, show the same query. The first one is about using the recommendations above:

The second one is about not:

Next one is about using values contained in collected fields. The recommendation here is to materialize the given column at ingestion time whenever possible. Think about the case of custom ingestion using HTTP Data Collector API. Creating the specific field(s) with the necessary value(s), will make you pay only once for the extraction.

The following is a part of a PowerShell script that I created for testing the HTTP Data Collector. You can clearly see that at lines 63 I am parsing the Organizational Unit ($ouResult variable) that I DO later use at line 65 as materialized field value:

Moving on, what about analyzing or manipulating the same data/value(s) more than once in the same query? DO use the materialize() function? Sticking with the public documentation description of this function, it allows caching a subquery result during the time of query execution in a way that other subqueries can reference the partial result. That should clarify enough the way this function works. Using cache has always resulted to be faster than reading data.

In this screenshot there’s the DO approach together with the query performance data and returned data: 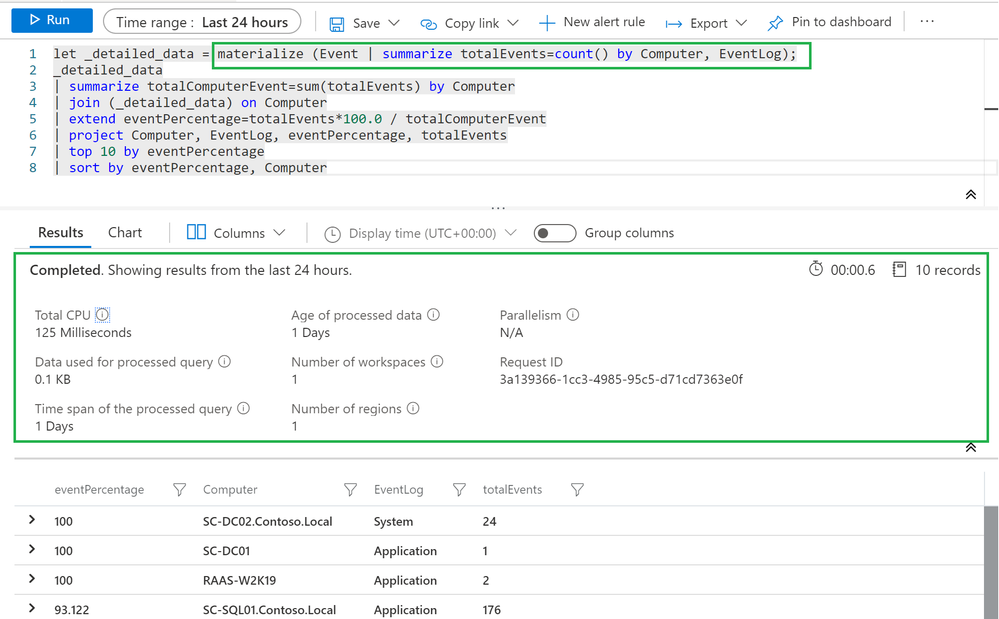 Here we have the same concept created using the DONT approach. 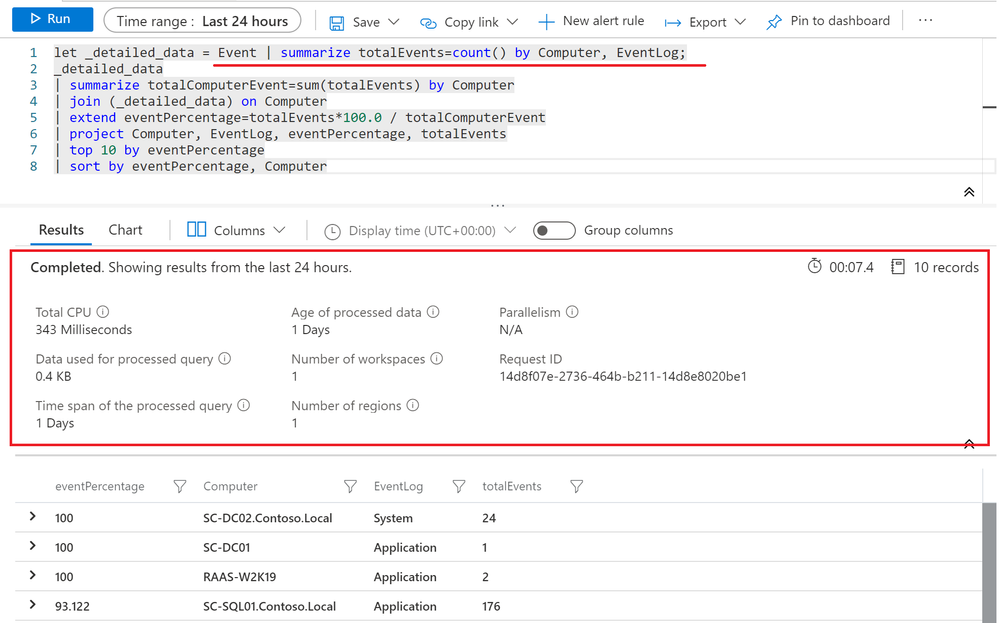 Despite the 2 queries returned exactly the same dataset, the latter was more expensive in term of performance for the underlying query engine and it took more time to return you the whispered data. Once again: the bigger your dataset is, the greater performance improvements you’ll get.

When using materialize there are things you should always consider:

Did I make you curious enough?

That is exactly what I wanted