Installing the Failover Cluster Feature and Tools in Windows Server 2012

Windows Server 2012 continues with the Roles and Features model. All clustering technologies are considered Features, as they are infrastructure that enables Roles to be made highly available.

The Failover Cluster feature consists of the following components as shown by the Windows Server PowerShell CmdLet Get-WindowsFeature:

This starts the Add Roles and Features Wizard.  The Installation Type is

Be sure the correct server is selected in the 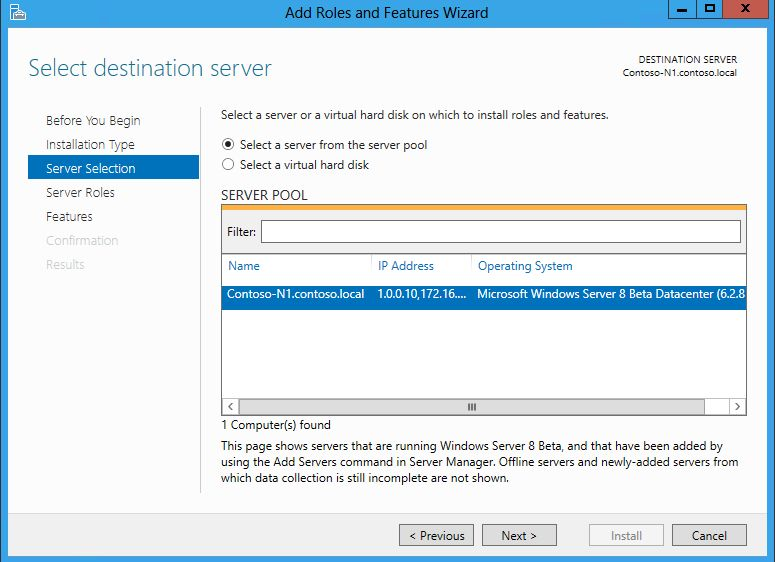 In the Features screen, select 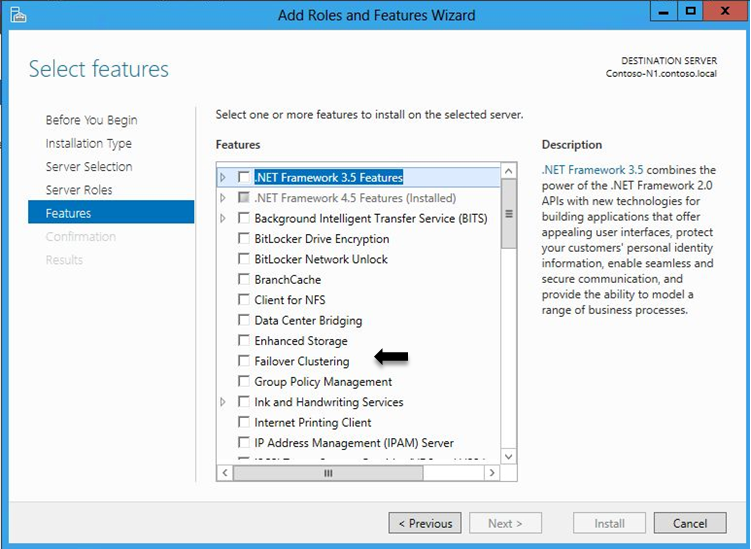 A pop-up screen appears listing additional requirements for the feature 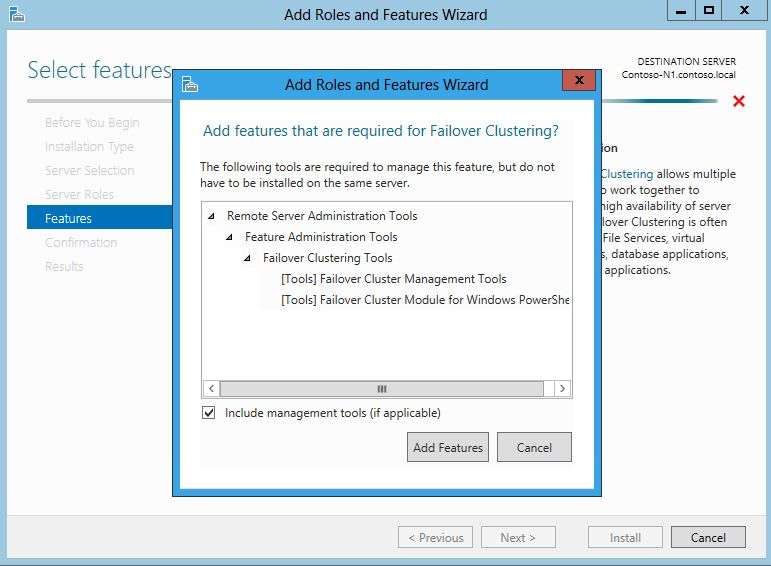 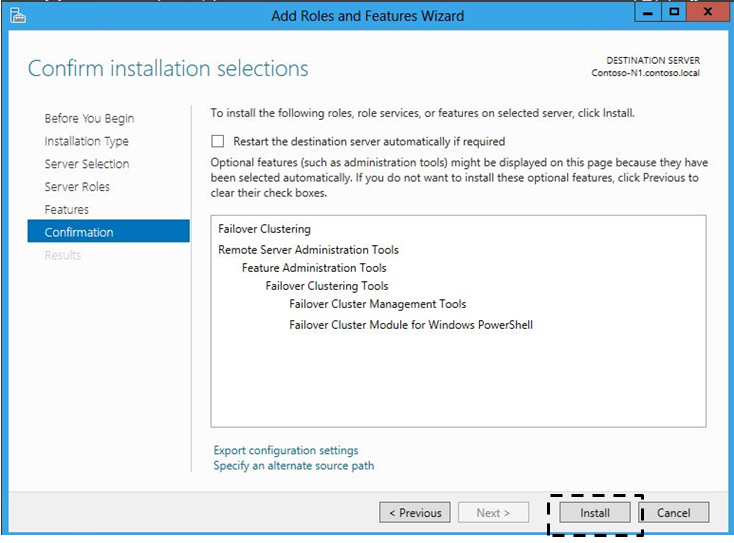 The installation of the Failover Clustering feature does not require a reboot, checking the

check box is not necessary.

There are optional features available for the Failover Clustering feature administration tools. 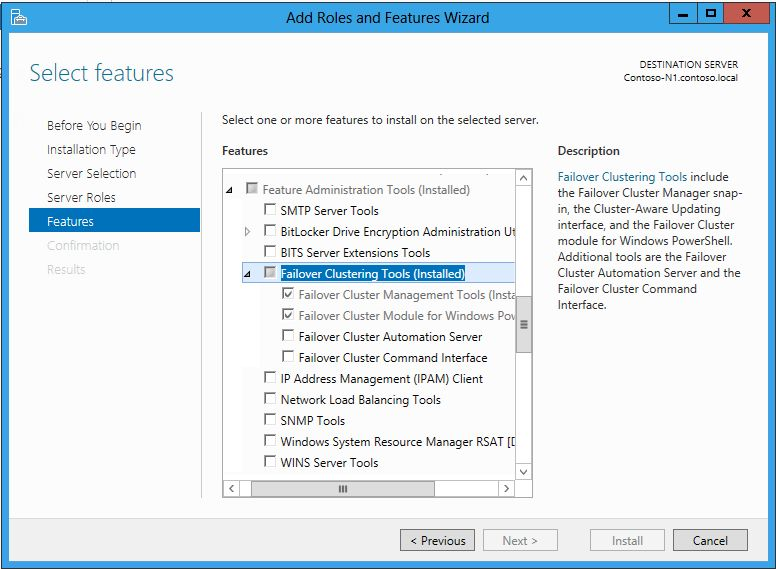 These are deprecated features (Failover Cluster Command Interface (cluster.exe) and Failover Cluster Automation Server) in Windows Server 2012 but are made available, as there are still some applications that may need them, SQL Server being one of them.  Installing it may be necessary for any legacy scripts you have built on the old Cluster.exe command line interface.

Once the Failover cluster feature is installed, the Failover Cluster Manager interface is available in the Tools category in the Menu bar.

Failover Cluster Manager is also available by right clicking on a node in the cluster in the All Servers view. 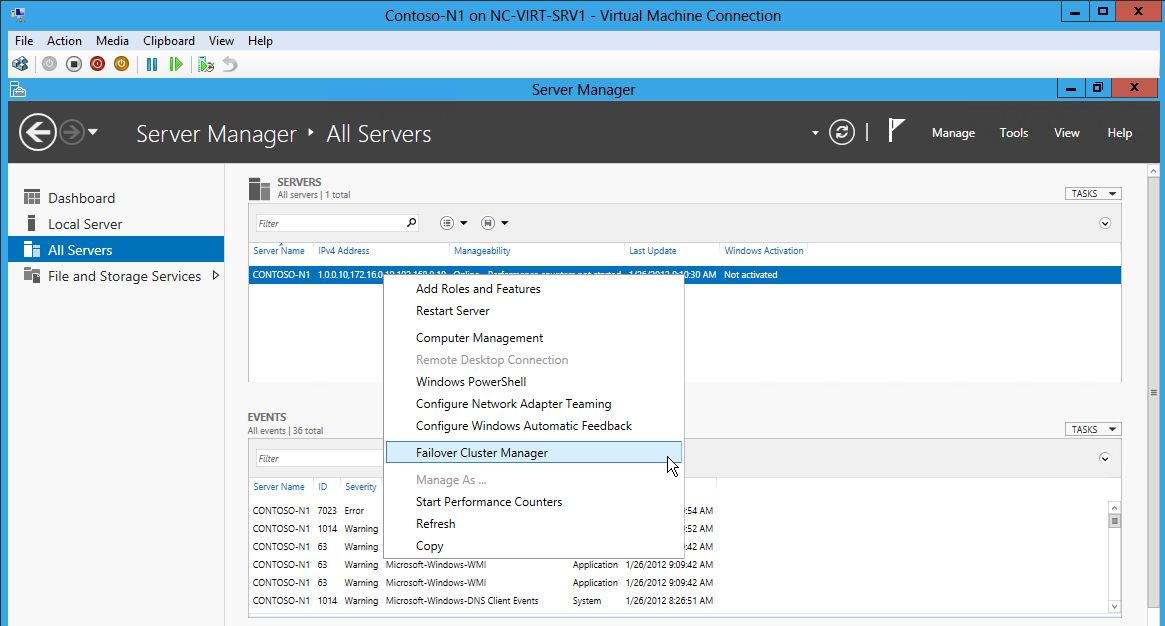 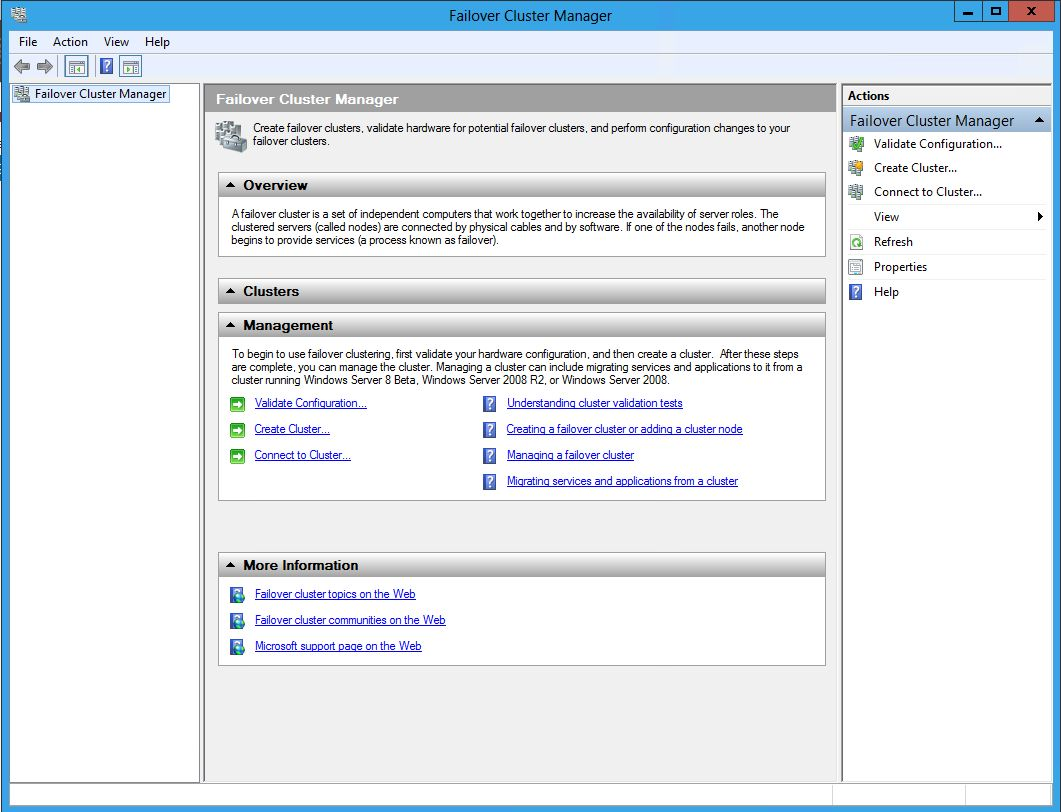 You are now ready to fun Validate and create your cluster!

See this doc for the steps of setting up the cluster now that you have the feature installed and are ready to go:

It is important to note that you must run these cmdlets in a PowerShell console that is opened with elevated privileges, which means opening it with the “Run as Administrator” option.

The following cmdlet will install the Failover Clustering feature and the management tools.

Note: If you do not specify the –IncludeManagementTools switch, the Failover Cluster Administrator and PowerShell cmdlets for cluster will not be installed.

You can use the –ComputerName parameter to install the features on other servers without having to log into them.  Here is an example of the cmdlet to install the failover cluster feature and tools on a specified server, in this case “Foo”:

If you would like to find the list of features and the names to specify in the Install-WindowsFeature cmdlet, you can use this cmdlet:

Wildcards can be helpful to narrow down the returned set of features:

The Get-WindowsFeature Failover* cmdlet will return the feature, but not the tools.  To get the tools you can use the following: