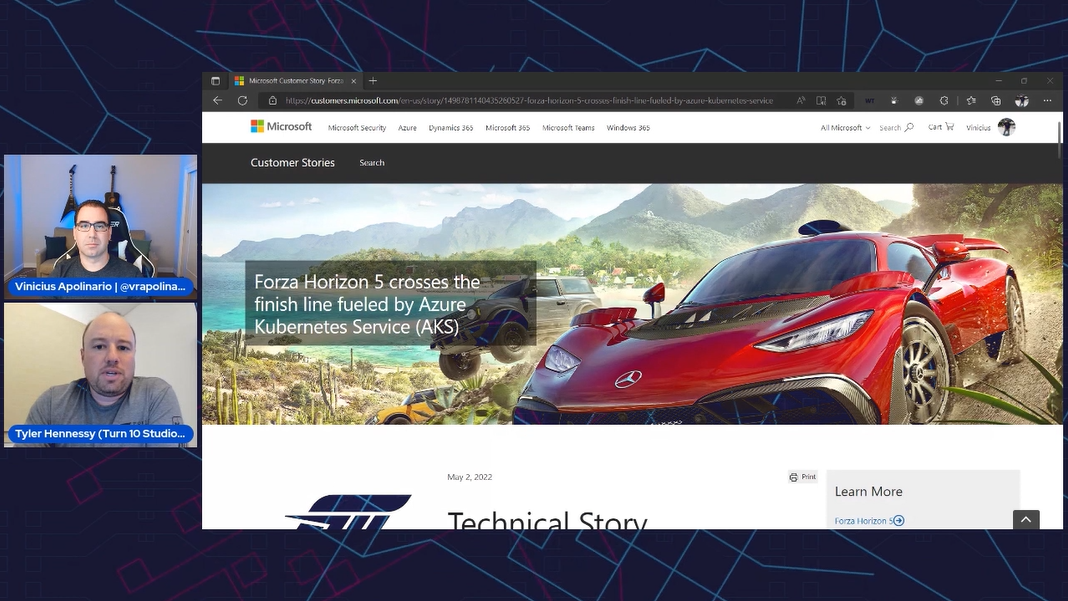 If you’re in tech, then most probably you play some kind of game – and most likely you at least heard of the Forza franchise. What you might not know is what happens behind the scenes when you turn on your Xbox and start a new race.

Forza Horizons 5, the latest launch in the Forza series was nothing short of success with more than 10 million concurrent users! Supporting this huge number of players required some changes in the background, but not as much as you might expect – The team moved from its legacy environment to Azure Kubernetes Service (AKS) but kept the application pretty much the same!

In this interview I talked to Tyler Hennessy, Principal Software Engineering Lead at Turn 10 Studios. We discussed what the existing implementation looked like, why they decided to move to AKS, the impact of staying in the Windows platform, and what the new architecture looks like. Tyler also covered some lessons learned along the way, and how they were able to support the huge number of players for the launch.

You can check more details on the Microsoft Customer Story website.