A customer of mine is migrating from SCOM 2007 to a new SCOM 2012 installation and would like to migrate User Roles and Notifications instead of recreating all of them manually.

To migrate the notifications, all we need to do is:

If any Command Channels are used in your Notifications in SCOM 2007, the settings will have a path to the command file used, which should exist on the RMS: 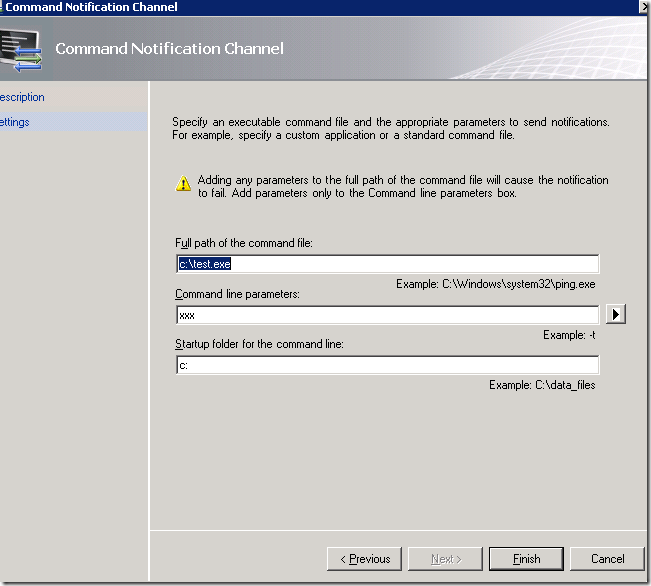 Personally, I like number 2 the best since you won’t have to make any additional changes when you add or remove servers from the Notifications Resource Pool.

Some time ago, Russ Slaten blogged a PowerShell script that can be used to export User Roles from one SCOM 2007 Management Group and import them into another – this blog and script can be found here .

I took Russ’ script and modified it to work with SCOM 2012, so we can just use the original script to export User Roles from SCOM 2007, and use the new script to import them into SCOM 2012.  Both scripts are attached to this blog.