Hotpatch works by first establishing a baseline with a Windows Update Latest Cumulative Update. Hotpatches are periodically released (for example, on the second Tuesday of the month) that build on that baseline. Hotpatches will contain updates that don’t require a reboot. Periodically (starting at every three months), the baseline is refreshed with a new Latest Cumulative Update.

You can find more details on how hotpatch for Windows Server Azure VMs works, on Microsoft Docs.

Getting started with hotpatch and Windows Server is straight forward.

Now on the create page make sure you still have the Windows Server 2022 Datacenter: Azure Edition Core Gen2 selected. 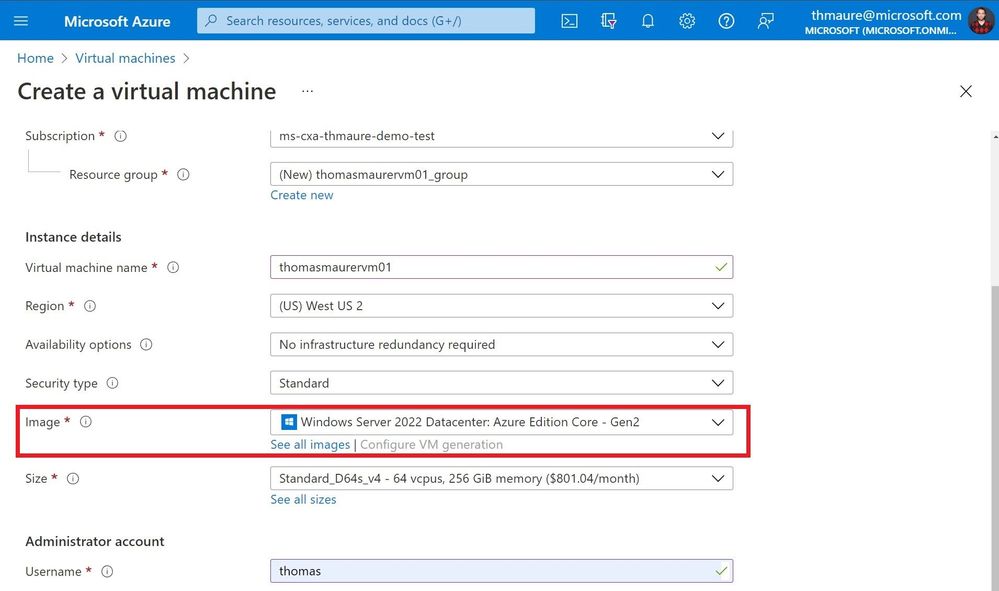 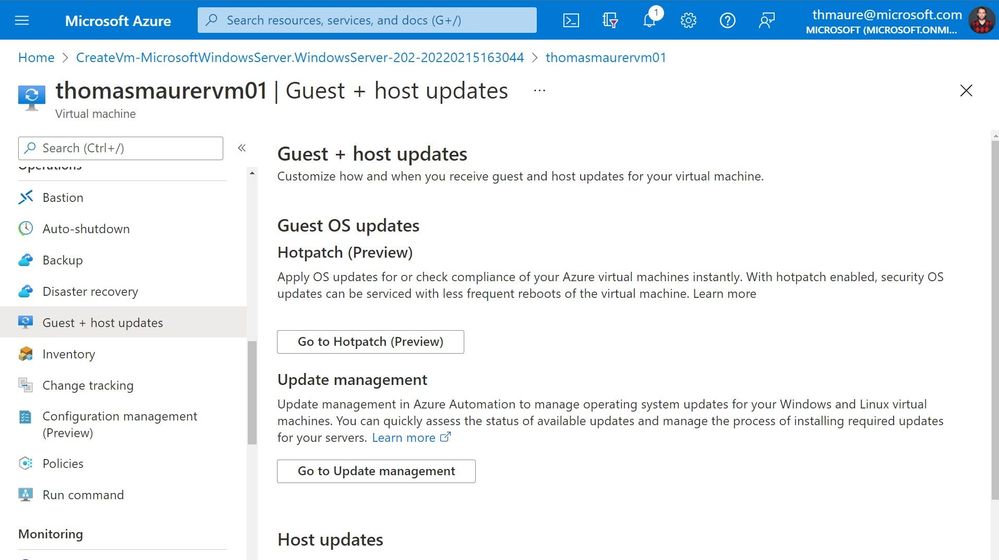 Here you can find an overview of missing updates of the virtual machine. 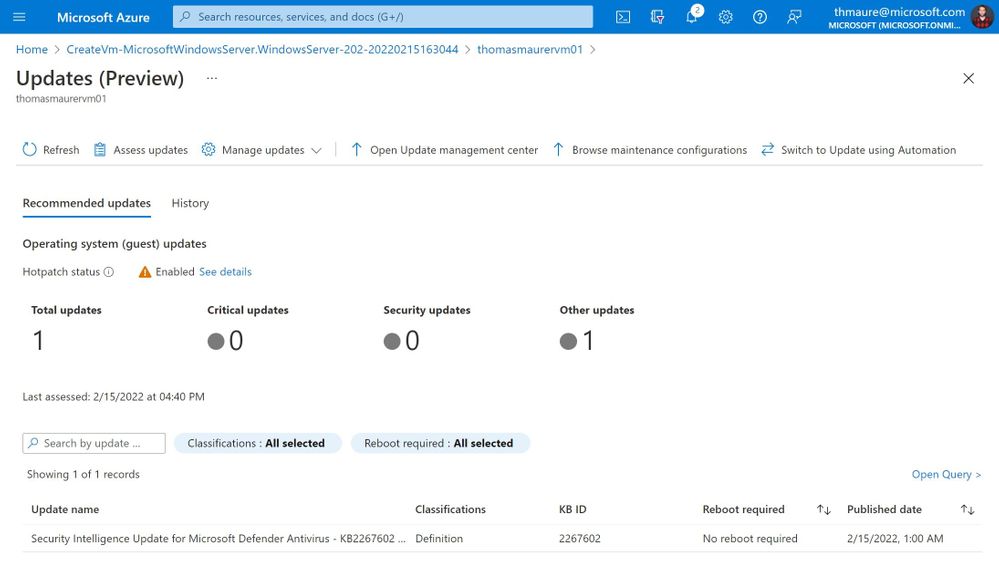 If you want to learn more about Windows Server hotpatching, check out Microsoft Docs.